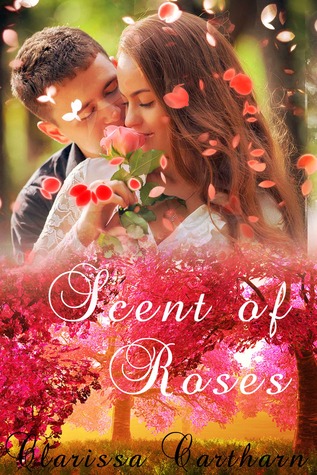 Amazon  Goodreads
Goodreads Blurb:
“Somewhere between their laughs, their fights and their friendship, they fell in love.

When Zoe Parker is tricked by her best friend, Sarah into participating in a reality dating television show, she knows for certain that she would be eliminated in the first round. She knows because she doesn’t want to stay, she would never be bothered about the wealthy, handsome bachelor her fellow contestants are vying for, and most importantly, she has told the bachelor, Dante Dimitriou himself all that. But life couldn’t have taken a sweeter twist when she discovers that she has made it successfully through the first round. What will she do when she discovers that Dante intends she makes it until the very last and win the entire show?

After much deliberation, Dante Dimitriou hesitantly agrees to help his best friend, Connor launch a new dating documentary in which he would be the star bachelor. He believes it’s going to be a torturous three months until he befriends Zoe Parker. Suddenly, the rules of the game changes. He wants Zoe in it as friend and company. She keeps him entertained. But what will he do when he discovers that she begins to rule his heart? Will he risk jeopardizing his friendship for love?”

Review:
Thank you so much to the author (Clarissa Cartharn) for gifting me with a copy of this book in exchange for an honest review!
Just so you can get a better understanding, this book is like the PG-13 version of The Selection condensed into one book and in the modern world.  I now see why Kiera Cass wanted to pull The Selection out into a trilogy.  I feel like this book would have been better as a duology.  It ended rather abruptly in my opinion (it felt like the author looked at the page count all of a sudden and said “oops I already went over my limit time to wrap it up!”) and Jennifer and Alicia’s role’s (kind of like Celeste in The Selection) were a little downplayed.
At the end, I thought there was a bit too much back and forth between if Zoe loved Dante or not.  I wish there would have been more of a dialogue inside Zoe’s head as she accepted Dante’s offer for real.
Other than those things, I absolutely loved it!  I know I’ve been comparing it to The Selection in this review but it actually is it’s own book and I wasn’t thinking of The Selection when I was reading it.  It really is quite unique.
I also loved the multiple POV’s.  I think they were done very well and you always knew whose head you were in at the moment.  It was mostly limited to Dante and Zoe but sometimes Jennifer and other characters had brief sections.
Final Verdict:
This book is a definite page-turner mostly focused on romance.  While it could have been turned into a duology, it’s good as is.  The POV’s were amazing but the ending was a bit abrupt.  Overall, I absolutely loved it and was engrossed from page 1.
4 stars