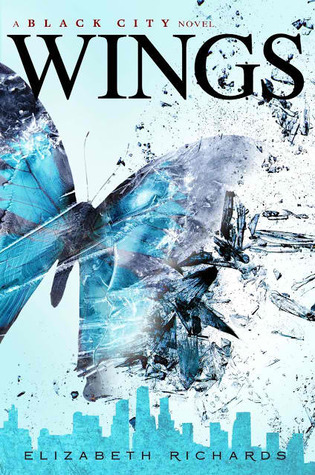 Amazon  Goodreads  Book Depository  Barnes and Noble
Goodreads Blurb:
“Following the cliffhanger ending of Phoenix, Natalie finds herself separated from Ash and unexpectedly reunited with her parents, including the father she thought was dead. But she can only think of Ash. She hasn’t heard a word of him since she and Elijah were brought to the underground headquarters of the Sentry Rebellion. But she vows to find him.

Ash, meanwhile is back in Black City; it’s the perfect place to hide from the Sentry government. But not for long. He won’t give up on Natalie or bringing an end to the terrible reign of Purian Rose.A pulse-racing end to an exciting series.”

Review:
My main reaction to this is… meh.  I mean, it was okay but not fabulous.  Or even good.  It’s been a while since I read the first two books of the series, but I didn’t have any trouble catching back on.
Let’s start with the good stuff.  I loved the world and the solution to the revolution (if you’ve read it, you’ll get it).  It was a very… different solution which was quite refreshing.  Also, there were some hilarious lines that kept me laughing all throughout the book, no matter how dark it got.  Almost like JLA!
The ‘Wings’ element was also really fascinating.  I wish we could have gotten more on that.  Like introduce it maybe 1/4 or 1/3 of the way through instead of halfway.  The ending lines were perfection!
So my main gripe is that it just felt like the entire book was written in a hurry with less editing than usual.  Like the author was tired of the world and just wanted it over and done with.  There were awkward sentences, weird phrasings, hurried paragraphs, that sort of thing.  And I don’t think it was intentional.
Also, the ending.  I loved some parts of it, but the thing with Natalie just felt like it was thrown in there because something needed to happen and that was all the author could think of.  Or maybe she read Allegiant and thought it was a good ending.  Whatever the reason, that just had me shaking my head.
Just a quick note, I noticed an underlying theme of the Holocaust in the plot (indirect references, etc.) and I think the author did a pretty good job working that in there and it sent a really powerful message.
The Final Verdict:
This used to be one of my favorite series’, but with this ending… meh.  I loved most of the ending and the ‘wings’ element was amazing.  However, the whole book felt like it was written in a hurry.  I did also love the solution to the revolution (hah that rhymes!)
3 stars
Quotes: I had to return this book to the library before I could record my quotes (because I’m so organized like that).  I’ll update this soon as soon as a copy comes in from the library for me!