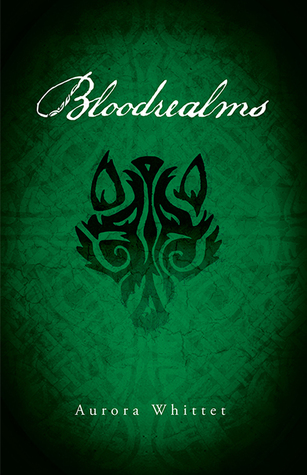 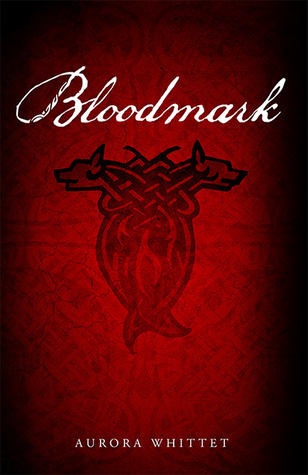 Amazon  Goodreads  Book Depository  Barnes and Noble
Bloodmark Goodreads Blurb:
“Sixteen-year-old werewolf princess Ashling Boru is different from other wolves—she was able to shift to wolf form at birth. Rather than bringing pride to her family, it brings fear, and as a result, she is forced to live in seclusion in Ireland’s countryside. Ashling’s reputation is further blackened when she refuses her betrothed and defies the ancient laws. When her pack’s oldest rivals begin hunting her, she finds herself in the small town of York Harbor, Maine—far from everything she’s ever known.

In Maine, she crosses paths with the dark and rebellious Grey Donavan, and something ignites within her soul. There’s just one problem: Grey is human. Their instant connection turns into a passionate romance, and Ashling begins to believe she can create her own life outside of wolf laws. When she begins to uncover long-buried pack secrets—secrets that threaten to destroy all she holds dear—Ashling’s courage and tenacity are tested. Will she choose her deep and enduring love for Grey, or will she follow Old Mother’s path to her destiny?”

Bloodrealms Goodreads Blurb:
“Werewolf princess Ashling Boru’s eighteenth birthday is only a year away, which means that she only has twelve months before she is claimed and fulfills her prophecy to unite the packs and lead her people. Her father decrees that her four suitors must fight in the Bloodrealms, the werewolves’ ancient underground fighting world, and the winner will have King Boru’s choice to win Ashling’s hand. The wolf laws are rigid and barbaric, and Ashling’s illicit love for Grey, if discovered, will mean his death. But when Ashling and Grey get trapped in the blood-soaked depths of the Bloodrealms, they find ancient horrors far greater than Ashling’s father’s rule.

With betrayal around every corner and old nemeses set to destroy Ashling, she is more divided than ever between the destiny she didn’t choose and the love that she did. To make matters worse, her decision will not only set the course of her future, but the future of her entire race.Bloodrealms is the second novel in Whittet’s Bloodmark saga.”

Review:
I received these books as part of a blog tour hosted by Fallen For Books!  This is no way influences my review.
I basically have the same things to say for both of these books so I decided to do a mash-up instead of a separate post for each.  So here we go!
I really liked these two books.  They represented such a different take on werewolves and the life they live.  In this series, the werewolves are actually connected to the earth and are the protectors of humans.  They have a mission which really directs the story-line.
Overall, these were very well done books but they just aren’t 5 star material for me.  I won’t fangirl over them (although I’ll probably read the next book) or speculate or anything.  They were just pretty good.
Even though I really don’t like patriarchy (where a society is dominated by men) it does fit the story very well.  Old werewolves from ancient times who don’t want to change?  Definite patriarchy.  So it fit very well with the characters and the plot and kept me reading because I was scoffing every time a guy talked and I wanted to see how Ashling defied that.  She didn’t disappoint.
It’s safe to say I loved pretty much all the characters.  One stands out in my mind that I hated though – Ashling’s father.  I couldn’t believe him!  His character was very well written so that he came across evil, but he was also looking out for Ashling’s best interests (well… sort of at least).  Every line he spoke I was shuddering.  I mean someone has to go screw his head on straight!  This is one of those books where I’m glad I can’t trade lives with the MC.
It also was a bit cliche when Ashling fell in love with Grey with the whole forbidden romance and everything but once his true lineage was revealed, I was sort of okay with it.  It still wasn’t exactly the best for me though.
The Final Verdict:
Overall, a very well-written, unique book however it just isn’t 5 star material.  The characters are very well done and the patriarchy was very convincing as well.
4 stars
Quotes:
“I wanted desperately to be part of our pack; I felt a hole inside myself where my pack should have been.”
“Our love transcends space and time. No culture or creed could ever keep us apart. Even death is just the beginning.”