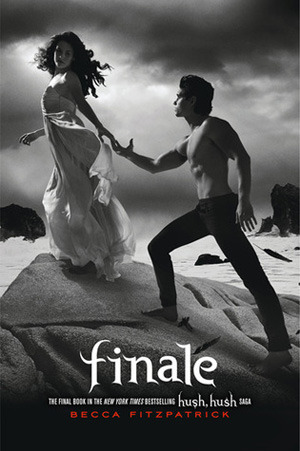 Nora and Patch thought their troubles were behind them. Hank is gone and they should be able to put his ugly vendetta to rest. But in Hank’s absence, Nora has become the unwitting head of the Nephilim and must finish what Hank began. Which ultimately means destroying the fallen angels – destroying Patch.Nora will never let that happen, so she and Patch make a plan: lead everyone to believe they have broken up, and work the system from the inside. Nora will convince the Nephilim that they are making a mistake in fighting the fallen angels, and Patch will find out everything he can from the opposing side. They will end this war before it can even begin.But the best-laid plans often go awry. Nora is put through the paces in her new role and finds herself drawn to an addictive power she never anticipated.As the battle lines are drawn, Nora and Patch must confront the differences that have always been between them and either choose to ignore them or let them destroy the love they have always fought for.”

Review:
You know, I really don’t know how I feel about this one.  I think I’ve been reading too many mediocre books lately and am just numb.  Anyone got any suggestions for either really bad or really good books (all a matter of opinion of course)?

So I guess I’ll go with what I know.  The ending of the preceding book was definitely a good ending and a nice cliffhanger at that.  It connected well with this book which is always a plus.
The only thing that’s been really bothering me after I finished it is how we never actually got to see the extent of the army.  I mean, it was always told to us time after time in the book but there was never actually any real evidence.  Nora would go about her freaking out and drug addictions and every once in a while a Neph she either knew or didn’t told her that she was running out of time to ‘lead her army’.  WHERE IS THIS ARMY??  It was pretty present at the end but even that battle was strangely limited.  Either that or my imagery is just really off.
Patch.  Um.  I don’t know how I feel about him anymore.  He was awesome and then he was annoying and then he was irritating and then he was being weird and it’s all just too much.  He had his moments with Nora though and just in general that don’t make him a complete loss as a character and love interest.
The plot was okay.  It was engaging enough that I didn’t put the book down although I was glancing at the clock often enough.
As for the series in general, it wasn’t a complete waste of time but it just isn’t memorable for me.  Everything was a little off and blurry.  While I was reading the books I felt like I was squinting through warped glass and dragging my feet through quicksand.  Once in a while those disappeared but a thin little telescope replaced it so I could only see one little thing.
Let me know what you guys thought of this book because honestly, I’m at a loss.  Did you like it, hate it, throw it at the wall because you’re so confused?
The Final Verdict:
It was pretty good… it wasn’t anything special though judging by how much I’ve forgotten in such a short time.  If you really loved this series, I’m pretty sure you’ll be satisfied by this ending (it was pretty explosive and heart-breaking) but if you didn’t like the series, well like CoHF it’s a toss-up.
2.5 stars
Quotes:
“I want to wake up with you every morning and fall asleep beside you each night,” Patch told me gravely. “I want to take care of you, cherish you, and love you in a way no other man ever could. I want to spoil you — every kiss, every touch, every thought, they all belong to you. I’ll make you happy. Every day, I’ll make you happy.”
“Dante said, “I tried talking Nora into a ride, but she keeps blowing me off.”
“That’s because she has a hard-A boyfriend. He must have been
homeschooled, because he missed all those valuable lessons we learned in kindergarten, like sharing. He finds out you took Nora for a ride, he’ll wrap this shiny new Porsche around the nearest tree.”
“I personally believe Patch scared the pants off normal, and it took off running for the far side of the world.”
“As in, I wouldn’t know normal if it marched up and poked me in the eye.”
“Patch? Whatever happens, I love you.” I wanted to say more, those three words painfully inadequate for the way I felt about him. And at the same time, so simple and accurate, nothing else would do.”