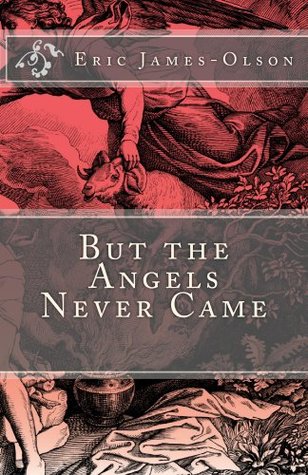 Amazon  Goodreads  Book Depository  Barnes and Noble
Goodreads Blurb:
“Before the world ended Abraham was a young successful lawyer with a wife and child. He was no different than anyone else. That all changed suddenly when the old nation was taken over by a hostile foreign power, and Abraham was forced to make the most important choice of his life. Stay and be subject to the arbitrary whims of the invaders, or abandon his home for the unlikely prospect of freedom.”

Review:
Thank you to the author, Eric James-Olson, for gifting me with a copy of this book in exchange for an honest review!
So a while ago, I read my first book by Mr. James-Olson.  It was Just After the Fall (which is the third book in the series).  This book offered so much more insight into Abraham and just the world in general and what happened.
Abraham’s story was captivating to put it simply.  After reading about his group in Just After the Fall, it was quite interesting to learn how he got there and what exactly happened to his family.  It was heart-breaking really.
I think what I enjoyed most about this book was reading how Abraham and his family dealt with what the world had become in a few short days.  People became cannibals and attacked others instead of helping them.  It’s every person for themselves and seeing Abraham’s family stick together through everything was wonderful.  I would have liked to have maybe alternating POV’s between Abraham and Sarah (or possibly the people they met along the way) but when you reach the end and you realize what exactly happens, I’m glad Mr. James-Olson wrote it just from Abraham’s perspective.  I won’t spoil it for you but I can tell you that while I did see it coming, it made me see everything in a totally different light.
The Final Verdict:
A very good prequel that has great world-building and action.  It’s quite an addicting book and Abraham’s story fascinated me.
4 stars
Quotes:
“The storyteller wanted to run to him.  He wanted to stop it, but he could not move.  He looked to the sky.   ‘Save him, my son, save my son.’  But the angels never came.