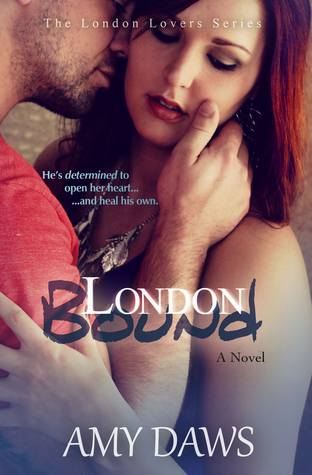 Goodreads  Amazon  iTunes
Blurb (third book in the London Lovers series):
“After falling in love with “us” in the first two installments of the London Lovers Series, now…it’s Leslie’s turn in this spicy series stand alone.***
When Leslie Lincoln, a spunky, red-headed American, suffers an awkward moment with an arousingly-sexy British man—she thinks her life can’t get any more pathetic.
She’s done with men.
She doesn’t need them.
She especially doesn’t need their muscular thighs.
No siree, she’s going to forget all about the brooding, complicated, and seductive “Theo” who captivated her on the dance floor of a London nightclub.
Keep telling yourself that, Lez…..
Immersing herself into a new type of romantic cleanse, Leslie thinks she’ll never lay eyes on Theo again. But somehow, he’s managed to bulldoze his way back in—her cheetah-print onesie pajamas be damned.
He wants more.
She wants to run.
But he can’t seem to let her go.
Both of them have a past—and neither want to share.
How can love possibly survive in darkness?”
Excerpt:
CHAPTER THIRTY-THREE
I walk in and Finley is shoulders deep in their Jacuzzi tub with earbuds in. She must hear me because her eyes flutter open and turn to saucers as she sees me. Sitting up quickly, she splashes water all over the floor.
“Leslie, what? Oh my God! What?”
“I’m okay, Finny…I just need you,” I cry hard and she gestures for me to come over to the tub.
I perch myself on the edge.
“I want to hug you but I don’t want to ruin your dress.”
“It’s ruined for me anyway.”
“No, Leslie! No! What happened?” She stands and grabs the towel on the shelf nearby, then steps gently out of the tub, wet bubbles cascading down her legs and onto the floor. Once she’s secured the towel tightly around her chest, she perches on the side of the tub next, wrapping one arm around me.
“I don’t even know, Fin. I just know he doesn’t want me anymore.” I cry even harder as I say the words out loud for the first time.
“How do you know that, Leslie?”
“There’s someone else, Fin. It’s this big secret that he won’t tell me.”
“That’s crazy. I’ve seen the way he looks at you. There is no way he’s ever looked at anyone else like that. That’s a one-time-only kind of love.”
“Love? Oh please, Fin. He doesn’t love me. He just liked me—and now that’s over. There’s no way someone like him can love someone like me.”
“Leslie,” she says, grabbing my cheeks in her hands and pinching me until it’s painful. I gape directly into her round eyes. “You stop that, right now! That man loves you like Brody loves me. He  loves you.” She releases her tight grip and grabs my hand in hers. The pruneyness gives me the shivers.
“You didn’t see him tonight. He was aggressive and angry and scary. It’s all just gotten to be too much for me, Finley. I never wanted any of this to begin with.”
“And why is that?”
I shrug my shoulders, feeling the weight of the world pressing down on them.
“The cracks, Leslie. You’re keeping something from me. I know it.” I crumple over and my shoulders shake with silent sobs. “What is it, Lez? What have you not told me?”
Meet the Author: Amy Daws

Goodreads
Amy Daws is a goof of epic proportions. She enjoys making dumb videos and laughing at herself…a lot. It gets awkward. She thinks she should have tried her hand at improv theater but figured she’d learn how life looks behind the lens of a camera first. She also thinks talking about herself in the third person isn’t awkward at all. Amy lives in South Dakota with her husband, Kevin, and their miracle daughter, Lorelei. The long-awaited birth of Lorelei is what inspired Amy’s first book, Chasing Hope, and her passion for writing. Amy’s contemporary romance books are a part of the The London Lovers Series and currently have two installments out with more on the way. Her writing style is emotional and self-deprecating with lots of humor sprinkled in. Amy’s inspiration for writing is and always will be her six precious angel babies and her daughter, Lorelei. It is also her inspiration behind her memoir, Chasing Hope. On most nights, you can find Amy and her family dancing to Strawberry Shortcake’s theme song or stuffing themselves inside children’s-sized playhouses because there is nothing they wouldn’t do for their little miracle.For more about Amy, follow her on facebook at http://www.facebook.com/amydawsauthoror sign up for her newsletter at http://www.amydawsauthor.com