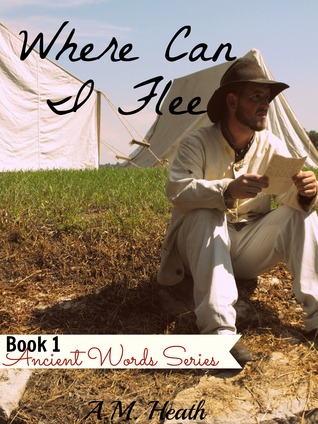 Amazon  Goodreads
Goodreads Blurb:
“War is on the horizon during the spring of 1861. It will be an event that will change the lives of everyone in its path. The Harper family included.

Frank Harper is a young man full of dreams and ambitions. Even when the country is split and war breaks out, Frank will do whatever is necessary to see his dreams come true, even when that means putting on a uniform and leaving home.For the first time, Claire Harper is forced to consider the reasons behind such a conflict. Should slavery be abolished? Which side should she be on, and what does God have to say about this? Claire is torn between her own opinions and those of her family. The struggle within her only increases when she repeatedly runs into a kind and handsome Union soldier. She longs to see her brother turn to Christ before it is too late. Desperate to reach her brother with the gospel, Claire pens a series of inspiring letters. Will she be able to handle all the obstacles of war and continue to be a witness to those around her?How long can Claire last when her heart is torn in half and she is burdened for her brother’s soul? How long can Frank resist his sister’s urgent pleas or the gentle tugging from within? Can a man outrun a holy God?”

Review:
Thank you to the author, A.M. Heath, for gifting me with a copy of Where Can I Flee in exchange for an honest review!
This was such a refreshing book to read.  I haven’t read all that much historical fiction so I’m by no means an expert but I have to say that this book tackled a time period I haven’t seen before.  Let’s take a closer look shall we?
First off, the time period.  This is totally personal preference but I really like reading about the times back in the 17 and 1800’s.  All of the chivalry, societal rules and fashion fascinates me.  This book had such a nice balance between all of that and the plot.  There was very nice world building and I could always picture every scene.
Speaking of the plot, every action was so vivid.  I could see everything!  I also really liked how the plot escalated while still keeping the different plot lines manageable.  There’s always things going on, but it felt like regular life.  There was also enough space between intriguing incidents that kept me reading.
The characters were equally vivid.  The multiple POV’s were such a great choice and they really give you all sides of the story without making it too overwhelming.  You get to know the characters so well and feel everything they feel.  When one event near the end happens, my reaction was akin to the one I had at the end of Harry Potter and the Half-Blood Prince.  For slightly different reasons but still.
I also want to make sure I acknowledge the work the author put into this book.  The amount of research that went into this is incredible and I applaud any author that undertakes a historical fiction novel where they have to incorporate the real with the imagined.  It takes a lot (I can’t even handle small research papers!) so props to them!
One piece of advice:  if you aren’t really into religion or books that have a significant amount of it, then read this book with a grain of salt.  It does mention religion quite a lot (it’s a major plot point).  Of course, that was a big part of this time period so just be mindful of that.
The Final Verdict:
A lovely book that has a great balance between world-building and the plot.  The characters and scenery are especially vivid and I felt like I was transported back in time!
5 stars
Quotes:
“Once inside the office his whole world would change.  And he couldn’t wait.”
“It would be altogether simpler if the rugged man before her wore gray, but instead he would be handsomely attired in Union blue.”
“Frank wrinkled his eyebrows.  ‘Why would you want to write to my sister?’
His friend’s thoughts were becoming clearer, and Frank didn’t like where they were headed.  Eddie’s smile grew even wider.
‘Oh, well… I don’t know.  Just thought that I might.’ Then in a quick turn, he broadened his smile even wider and wiggled his eyebrows, ‘I’ll trade you sisters.'”
“‘Oh, your brother has just got it in his head that he should marry Claire,’ Frank answered.”
“Claire took time to look at his with a shocked expression.  ‘Babble?  I don’t babble.  I explain.  That’s what I do.  Oh, really, Father, you do tease me so.  I never babble.  I only like to be thorough in explanation because I believe you deserve it so.”‘
“Frank couldn’t bring himself to take his eyes away as Jared eyed the tiny beast.  To everyone’s surprise, Jared flung the worm down and shouted, ‘You didn’t mention that he was a hairy varmint!   I don’t take to the hairy ones very well.  Feels like you swallowed a cat’s tail.’  Whether Jared meant to be funny or not didn’t matter.  All the men within ear shot roared with laughter.”
“‘Seeing it ain’t half as bad as feeling it.  You keep remindin’ yourself of that, and you’ll be just find.'”