I’ve collected several reviews of books that I’ve read recently that I just don’t have enough to say about to write a full review.  This is a collection of those reviews! 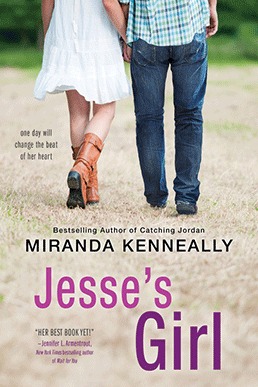 Jesse’s Girl by Miranda Kenneally
Rating: 3.5 stars
Series: Hundred Oaks
Goodreads Blurb:
“Everyone at Hundred Oaks High knows that career mentoring day is a joke. So when Maya Henry said she wanted to be a rock star, she never imagined she’d get to shadow *the* Jesse Scott, Nashville’s teen idol.
But spending the day with Jesse is far from a dream come true. He’s as gorgeous as his music, but seeing all that he’s accomplished is just a reminder of everything Maya’s lost: her trust, her boyfriend, their band, and any chance to play the music she craves. Not to mention that Jesse’s pushy and opinionated. He made it on his own, and he thinks Maya’s playing back up to other people’s dreams. Does she have what it takes to follow her heart—and go solo?”
Review:
This book is just plain adorable.  This series by Miranda Kenneally in general is adorkable.  I really loved the music aspect and how it just tied the whole book together.  It also provided some awesome background knowledge that helps pull you into the story.  There are a lot of funny moments that made me laugh and the MC’s are so cute together.  It is kind of a cookie-cutter story line, however, and the whole book seemed to be kind of cliché.  I could predict the ending from the first sentence (however, isn’t that the case with most contemporary romances?).  All in all, a cutesy read but not anything ground-breaking. 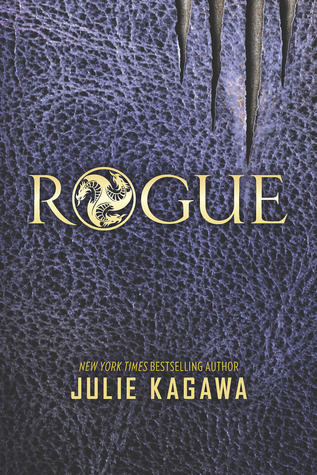 Ember Hill left the dragon organization Talon to take her chances with rebel dragon Cobalt and his crew of rogues. But Ember can’t forget the sacrifice made for her by the human boy who could have killed her—Garret Xavier Sebastian, a soldier of the dragonslaying Order of St. George, the boy who saved her from a Talon assassin, knowing that by doing so, he’d signed his own death warrant.

Determined to save Garret from execution, Ember must convince Cobalt to help her break into the Order’s headquarters. With assassins after them and Ember’s own brother helping Talon with the hunt, the rogues find an unexpected ally in Garret and a new perspective on the underground battle between Talon and St. George.

A reckoning is brewing and the secrets hidden by both sides are shocking and deadly. Soon Ember must decide: Should she retreat to fight another day…or start an all-out war?”

Review:
This series just hasn’t been anything special to me.  It’s wonderfully written but just in general, it feels very meh and not very original (except for the dragons).  There’s a typical love triangle and the characters are just all right.  What I did like, though, is that we get a sense of the scale of Talon and St. George which clarifies some fuzzy things in the first book.  Also, I really loved seeing Ember’s training in action and both her relationship with her brother and with Cobalt and Garret.  In general, though, it wasn’t very memorable to me although I did enjoy reading it more than the first book.  Rogue also doesn’t suffer from middle-book syndrome (in my opinion) so that was really nice. 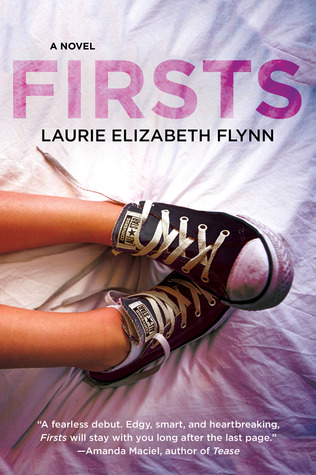 Firsts by Laurie Elizabeth Flynn
Rating: 4.5 stars
Series: None
Goodreads Blurb:
“Seventeen-year-old Mercedes Ayres has an open-door policy when it comes to her bedroom, but only if the guy fulfills a specific criteria: he has to be a virgin. Mercedes lets the boys get their awkward, fumbling first times over with, and all she asks in return is that they give their girlfriends the perfect first time- the kind Mercedes never had herself.

Keeping what goes on in her bedroom a secret has been easy- so far. Her absentee mother isn’t home nearly enough to know about Mercedes’ extracurricular activities, and her uber-religious best friend, Angela, won’t even say the word “sex” until she gets married. But Mercedes doesn’t bank on Angela’s boyfriend finding out about her services and wanting a turn- or on Zach, who likes her for who she is instead of what she can do in bed.

When Mercedes’ perfect system falls apart, she has to find a way to salvage her reputation and figure out where her heart really belongs in the process. Funny, smart, and true-to-life, FIRSTS is a one-of-a-kind young adult novel about growing up.”

Review:
This was a really enjoyable read and I loved the themes that were expressed and the message of social acceptance.  It’s such a real book and being in high school at the time that I read it really resonated with me.  Firsts is such a page-turner and kept me up all night because I wanted to finish it.  The one thing that really stands out to me is the ending.  It was such a complete ending that wrapped everything really nicely and I didn’t see it coming at all.  If you haven’t read this yet, I would highly recommend it.  Not as an intellectually written novel, but as something that everyone should be exposed to and understand.

Tiger Lily by Jodi Lynn Anderson
Rating: 5 stars
Series: None
Goodreads Blurb:
“Before Peter Pan belonged to Wendy, he belonged to the girl with the crow feather in her hair…

Fifteen-year-old Tiger Lily doesn’t believe in love stories or happy endings. Then she meets the alluring teenage Peter Pan in the forbidden woods of Neverland and immediately falls under his spell.

Peter is unlike anyone she’s ever known. Impetuous and brave, he both scares and enthralls her. As the leader of the Lost Boys, the most fearsome of Neverland’s inhabitants, Peter is an unthinkable match for Tiger Lily. Soon, she is risking everything—her family, her future—to be with him. When she is faced with marriage to a terrible man in her own tribe, she must choose between the life she’s always known and running away to an uncertain future with Peter.

With enemies threatening to tear them apart, the lovers seem doomed. But it’s the arrival of Wendy Darling, an English girl who’s everything Tiger Lily is not, that leads Tiger Lily to discover that the most dangerous enemies can live inside even the most loyal and loving heart.

From the New York Times bestselling author of Peaches comes a magical and bewitching story of the romance between a fearless heroine and the boy who wouldn’t grow up.”

Review:
Though the cover and the subject matter makes this book seem like it will be the cutest little fairy book, it isn’t.  I loved how it was simultaneously deep and series as well as fun.  I have a little bit of a confession: I actually can’t remember how the actual story of Peter Pan ends so I don’t know if it was consistent with the book but regardless, I really liked how it ended.  I also loved how it brought in the themes of forcing people to be who they aren’t and the impact of new ideas (it reminded me a lot of the Native Americans when the Europeans settled in America).  The characters are all so vivid and different.  All in all, a wonderfully written book with plenty of fantastical elements grounded in reality.

Beneath the streets of New York City live the Avicen, an ancient race of people with feathers for hair and magic running through their veins. Age-old enchantments keep them hidden from humans. All but one. Echo is a runaway pickpocket who survives by selling stolen treasures on the black market, and the Avicen are the only family she’s ever known.

Echo is clever and daring, and at times she can be brash, but above all else she’s fiercely loyal. So when a centuries-old war crests on the borders of her home, she decides it’s time to act.

Legend has it that there is a way to end the conflict once and for all: find the firebird, a mythical entity believed to possess power the likes of which the world has never seen. It will be no easy task, though if life as a thief has taught Echo anything, it’s how to hunt down what she wants…and how to take it.

But some jobs aren’t as straightforward as they seem. And this one might just set the world on fire.”

Review:
This book is definitely interesting and I’ve never read a book quite like it before.  It actually reminded me a little of the Daughter of Smoke and Bone series although there are a couple of different elements.  I really liked the story line and it kept me interested well into the night.  The plot twist at the end wasn’t really a plot twist for me as I figured it out well beforehand however the way the author revealed it and how it took place was really cool.  The characters themselves are wonderfully written and they each have their own separate personalities and qualities that you really get to know throughout the course of the book.  In general, quite a good story, however, there were some similarities to DoSaB that kept me from fully enjoying the newness of the plot.
Have you read any of these books?  What are your thoughts?