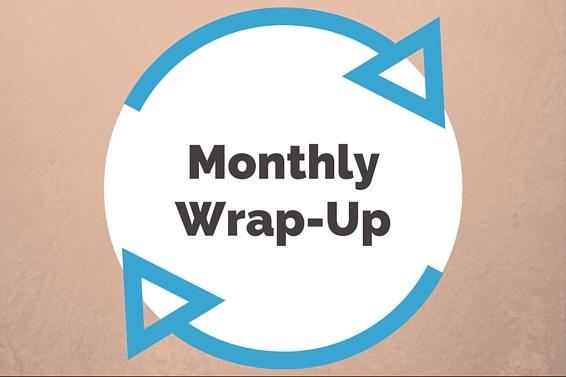 It’s time for my November wrap-up!  November just flew by, honestly.  So much happened this month and unfortunately, not much of that stuff was NaNoWriMo or blogging or reading.  I did get more reviews written and books read than October though so that’s something!
Statistics:Number of Pages Read: 1,253

The Union by T.H. Hernandez (3.5)
Romance Is For Other People by Lee Wolf (3)
Everyone Dies At The End by Riley Westbrook and Sara Lynn Westbrook (4)
The Midnight Star by Marie Lu (4)
Room by Emma Donoghue (4)
It’s definitely been a good month for R&R’s!  I finished three and wrote reviews for all three (Union, Romance, and Everyone Dies)!  I enjoyed The Union although it felt a little bit old and predictable.  It did do such a good job keeping the tension and evoking emotion!  Romance Is For Other People was definitely cutesy and I really enjoyed the lightness.  However, it just felt under-edited and slightly dramatic.  Everyone Dies At The End was sufficiently creepy and the author got the atmosphere down to the T.  The ending was a bit of a cop-out for me though.  I also read The Midnight Star, the last book in The Young Elites series.  I haven’t had a chance to write a review yet but overall, I really enjoyed it!  It was definitely a tear-jerker but although I did like the ending, it felt a little too far-fetched.  I also had a chance to reread Room over Thanksgiving break.  I’ve been meaning to watch the movie and I wanted to brush up on what happened in the book.  I also haven’t written a review for it (I read it a while back when I wasn’t writing reviews) so I want to do that in the near future.
NaNoWriMo:
Unfortunately, I was unsuccessful in my NaNoWriMo attempt this year.  I got my novel all planned out with tension building scenes and plot points and everything but a large writing project came up for one of my classes at university and I couldn’t do both so of course I chose the one that will help me graduate.  I’ll definitely be trying again next year and I’ll be working on chapters to publish on Niume and Goodreads in my fantasy book.
Life Update:
As for life updates, things are getting pretty crazy!  The semester is ending which means finals and packing up to go home for a month!  I’m currently 14 books behind in my Goodreads challenge.  I’m a bit skeptical if I’ll be able to finish but I’m going to try to read more as study breaks.
On another note, I’ve started watching Grey’s Anatomy and I’m HOOKED.  I heard from basically everyone in my life that it’s an amazingly addicting show so I decided to give it a shot.  That was clearly a mistake because now every waking MOMENT of free time I have, I watch it.  I’m currently on Season 3, Episode 13, just past all that craziness that happened.  I’ve been told that season 3 is the dark season and a lot of icky stuff goes down so I’m excited to get to season 4!
I have also been loving some new music lately so I’ll be doing a Music Monday next Monday!
How was your November?  Have you been watching any new shows?  Are you also obsessed with Grey’s Anatomy?  Did you participate in NaNoWriMo?  How did you fare?