I’ve been reading more Agatha Christie!  If you don’t follow me on Instagram, I posted a picture a while ago of my new Agatha Christie shelf.  As a birthday present, my parents gave me something like 35 Agatha Christie books; most from the Hercule Poirot series (which is my favorite).  Suffice to say there will be a lot more Agatha Christie around for the rest of the year!  I’ll be posting round ups of my reviews (since I don’t have too much to say about each one so far) with 3 books in each.

Murder on the Links by Agatha Christie
Hercule Poirot #2
Rating: 4 stars
Goodreads Blurb:
“On a French golf course, a millionaire is found stabbed in the back… An urgent cry for help brings Poirot to France. But he arrives too late to save his client, whose brutally stabbed body now lies face downwards in a shallow grave on a golf course. But why is the dead man wearing his son’s overcoat? And who was the impassioned love-letter in the pocket for? Before Poirot can answer these questions, the case is turned upside down by the discovery of a second, identically murdered corpse…”
Review:
In general, I really enjoyed this mystery!  There were plenty of twists and turns and the ending is very unexpected!  I actually had to read it a second time to truly understand everything!  It isn’t my favorite Agatha Christie, though, because there was a bit more of Hastings being… well, Hastings, and he started to get on my nerves by the end.  I love Hercule Poirot, though, so I quite enjoyed it overall!
The Final Verdict: A plethora of twists and turns with some slight Hastings annoyance.
4 stars 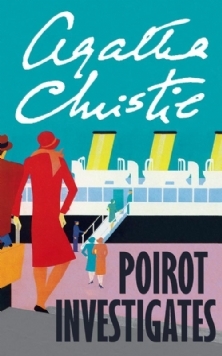 Poirot Investigates by Agatha Christie
Hercule Poirot #3
Rating: 3 stars
Goodreads Blurb:
“The very first collection of superb short stories featuring Hercule Poirot and Captain Hastings…First there was the mystery of the film star and the diamond! then came the ‘suicide’ that was murder! the mystery of the absurdly chaep flat! a suspicious death in a locked gun-room! a million dollar bond robbery! the curse of a pharoah’s tomb! a jewel robbery by the sea! the abduction of a Prime Minister! the disappearance of a banker! a phone call from a dying man! and, finally, the mystery of the missing willl. What links these fascinating cases? Only the brilliant deductive powers of Hercule Poirot!”
Review:
As much as I wanted to like this, I just couldn’t get into the short story construction.  My favorite part of Agatha Christie books is the build up and the continued mystery as I try to figure out the killer alongside Poirot and Hastings.  These mysteries are the definition of short and sweet which makes them good for something to read before bed but for me, they were just too quick.  I love complex mysteries so these were just meh for me.  There is more of an opportunity to get to know Poirot and Hasting’s personalities, though, which I thoroughly enjoyed!
The Final Verdict: Short and sweet = not my cup of tea.
3 stars 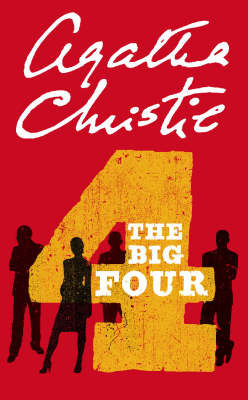 Goodreads Blurb:
“Framed in the doorway of Poirot’s bedroom stood an uninvited guest, coated from head to foot in dust. The man’s gaunt face stared for a moment, then he swayed and fell.

Who was he? Was he suffering from shock or just exhaustion? Above all, what was the significance of the figure 4, scribbled over and over again on a sheet of paper? Poirot finds himself plunged into a world of international intrigue, risking his life to uncover the truth about ‘Number Four’.”

Review:
I really enjoyed this one!  It’s set over a rather long period of time and it deals with a very expansive crime (basically a string of connected crimes and mysteries) which was so fun and cool to read about.  I think that nearing the end I was wearying a bit of the prolonged mystery, however.  The four characters (crime-lords/ladies if you will) were incredibly fascinating and I loved how Poirot made a point to understand the psychology of each.  It made for a much more interesting narrative and story!  I’ll definitely be rereading this one!
The Final Verdict: Quite lovely and complex.
4.5 stars

0 thoughts on “Agatha Christie Review Round Up: Part Three”