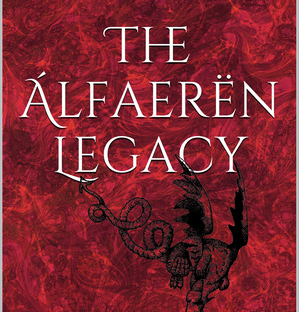 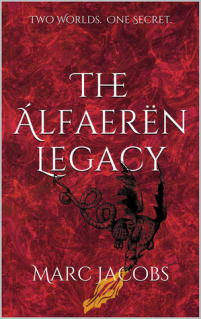 Amazon  Goodreads  Book Depository  Barnes and Noble
The Alfaeren Legacy #1
Released: 2016
Blurb:
“There are some places in Teynia none were meant to go, hiding secrets none were meant to find. But one morning, sisters Kali and Kilyn Middlethird stumbled upon such a place, and uncovered such a secret. They stood before an enchanted Gate left behind by the Álfaerëns long ago to imprison the Spirit, an evil capable of destroying all of Teynia. If only someone had told the Middlethirds about the Gate, they might not have opened it. Now, Teynia’s fate hinged on the Middlethirds, aided by Ice and the wizard Marac, surviving long enough to find the legendary Portal of Worlds, and the lost descendants of an ancient hero hidden somewhere within the Portal. To save their world, they would have to leave it. Their journey would lead them to Earth, where they would have to decipher age-old clues to find what they were looking for. But if Pennsylvania high school senior, Alexandra Castellano, failed to unravel a thousand year old mystery of her own, buried deep within her family name itself, Teynia would be lost to the Spirit, and Earth was next. And none of them would ever find out who they really were…”

Review:
I received a copy of The Alfaeren Legacy from the author, Marc Jacobs.  All opinions expressed are my own.
Meh I have so many feelings about this!  On one hand, I see so much potential but on the other, this debut was not as developed as I would like it to be.  I debated for a while about the star rating for this, whether it should be 2 or 3 stars and as a compromise, I ended up in the middle because of various elements.  Allow me to explain.
1.  The plot.  This book takes the form of a traditional hero’s journey and by that standard, it excelled wonderfully.  There is a very clear overarching plotline with a couple teeny secondary plotlines mixed in.  The main story line is clear and direct and there’s never any doubt what the next step is.  The plot is actually the one element of this book I loved wholeheartedly.  I’m all for a good fantasy with a hero’s journey circle and this fit the bill to a T.  There is never a dull moment as the Middlethird sisters gain allies in their attempt to right both their wrongs and the wrongs of those who came before them.  It is well-charted and fiercely defended.
2.  The characters.  This is where is starts to get a little bit dicey.  The characters were all there and they all had their own personalities, however, it was all telling and not showing for the most part.  I’ll talk about this a bit more in the writing section but suffice to say, the characters felt a bit flat, in my opinion.  My favorite character, and by far the most well-defined, is Aly (the girl who grew up on Earth) because we really get to delve into her world as she tries to find out more about her family’s past lineage.  The rest of the characters were fine, but I felt like they didn’t have too much feeling to them.

“Kali doesn’t have any friends, Mr. Gibbens,” said Kilyn. “Oh. Maybe she’d have some if she had cabbages.” Albo was nothing if not persistent.

3.  The setting.  This was really interesting to me and I felt that it was well done, to a point.  This book is a curious mix between fantasy and science fiction.  In their exploration of worlds, it’s made clear that Teynia (Kilya and Kila’s world) is one of many planets in the actual universe (as in the universe we live in) which is where Earth and other, more science fiction-y societies come into play.  I think this was handled rather deftly and it’s fascinating to see how the worlds interact.  As for Teynia specifically, I thought that while it was nicely defined and painted, there was a little too much information without any reference points.  The characters would know the specific names of rivers with no explanation as to how they would know it and no map is provided.  While this isn’t a deal-breaker for me, it’s something that threw me out of the story.
4.  The writing.  This is where my beginning comments come into play.  I think this author has some really great ideas and has potential as a fantasy author, I see definite missteps throughout this book.  For example, the POV.  About 10% of the way through, I figured out that this was written with a limited omniscient narrative POV (there’s a third person narrator that can selectively see into the minds of most of the characters).  However, there were strange foreshadowing moments where the book read more like a frame story (think The Princess Bride movie) and there were references to the reader without explicitly talking to the reader.  This made the method of delivery feel a bit fuzzy and ill-defined.  There were also issues with character authenticity through word choice and sentence structure and I often came across questionable paragraphs.
The Final Verdict:
A wonderfully defined story with heart-pounding action.  Unfortunately, the character development and writing flow need a bit more polish.  I do look forward to seeing how the author develops his prose more fully.
2.5 stars

0 thoughts on “Review Sunday: The Alfaeren Legacy by Marc Jacobs”