Amazon  Goodreads  Book Depository  Barnes and Noble
The Arcana Chronicles #1 (at present, a six-part series)
Released: 2012
369 pages
Blurb:
“#1 New York Times bestselling author Kresley Cole introduces The Arcana Chronicles, post-apocalyptic tales filled with riveting action, the dark mysticism of Tarot cards, and breathtaking romance.She could save the world–or destroy it.Sixteen year old Evangeline”Evie” Greene leads a charmed life–until she begins experiencing horrifying hallucinations. When an apocalyptic event decimates her Louisiana hometown, killing everyone she loves, Evie realizes her hallucinations were actually visions of the future–and they’re still happening. Fighting for her life and desperate for answers, she must turn to her wrong-side-of-the-bayou classmate: Jack Deveaux.But she can’t do either alone.With his mile-long rap sheet, wicked grin, and bad attitude, Jack is like no boy Evie has ever known. Even though he once scorned her and everything she represented, he agrees to protect Evie on her quest. She knows she can’t totally trust Jack. If he ever cast that wicked grin her way, could she possibly resist him?Who can Evie trust?As Jack and Evie race to find the source of her visions, they meet others who have gotten the same call. An ancient prophesy is being played out, and Evie is not the only one with special powers. A group of teens has been chosen to reenact the ultimate battle between good and evil. But it’s not always clear who is on which side…In Poison Princess, New York Times bestselling author Kresley Cole introduces a dark and intriguing world, full of unspeakable danger and irresistible romance.”

Review:
I received a copy of Poison Princess from the publicists representing the book.  All opinions expressed are my own.

This was certainly a wild ride!  I can wholeheartedly say I’ve never read a book anything like this one before (I say that in the best way possible).

“’Matthew, exactly how psychic are you?’ ‘So psychic that other psychics should be called Mattics.”’

1.  The characters.  This was really interesting to me.  Our main character, Evie, undergoes somewhat of a dramatic shift in attitude that is breathtaking to watch.  In the beginning, she’s unskilled and honestly kind of useless (and she has no problem seeing herself that way, either) and by the end, she’s so fierce and she’s accepted her role in the world.  She’s the character that I loved the most and connected with the most.  After all, if the apocalypse hits, the average person would panic and be unsure and that’s exactly what she does.  She’s realistic, even with all the fantasy elements going on.  As for the other characters, I found her companions to be intriguing and slightly memorable but certainly not as dynamic.  Jackson was the one character I really had a problem with: his attitude was just awful, mostly relating to the romance which I’ll talk about in a later section.

“Somebody want to explain to me why those soldiers were shooting each other?’ (…)’Inbreeding?”

2.  The plot.  This was somewhat of a surprise to me.  I didn’t really read the blurb before jumping right in (it’s been a while since I accepted this for review) so I didn’t really know what I was getting into.  As I worked further along, it looked like there was going to be some serious magical realism driving the plot but really, this book is a nice mix of science fiction (think dystopia) and fantasy elements.  The pacing itself is a little slow in the middle which is my main quarrel.  As Evie is trying to find her place in all the madness that surrounds her, she does make a transition, but it’s rather sudden and abrupt right at the end, making the plot also take an abrupt turn.  To that end, I wish it would have been more gradually built up.  In the middle, we don’t really have much driving the plot besides the everyday physical challenges (raiders and such attacking their party).  However, the ending and the beginning provide beautiful contrasts and driving questions.

“This morning Jackson had told Matthew, “You mention death one more time, and I’ll knock you into next week. Comprends?” “Already been there,” Matthew had answered.”

3.  The romance.  While everything else is well built and engrossing, I found the romance to be slightly irritating at best.  This mainly revolved around one third of the people involved (yes, there’ s a love triangle.  I’ll get to that later): Jackson.  His character was just so contrary and confrontational.  While it’s not a bad thing for a character to have those traits, I just didn’t see much in the way of explaining how he got that way.  There are little bits of discovery here and there, but his character never really reached Evie’s level which I think is where it should have been to make the romance truly effective.  Getting back to the love triangle, if you’ve been following my reviews or my blog for any amount of time, you know that the trope has soured somewhat for me.  While I do think the reasoning behind the love triangle is justified, I couldn’t get behind the actuality of it.  This is mostly personal preference but I really didn’t care for the cattiness war that our two female characters were drafted into as it took up more and more brain space of the MC.

“I was with the boy that monsters should fear.”

4.  The idea.  This is what really enamored me to this book and ultimately, what convinced me I need to continue on with the series!  The fantasy elements (aka the powers) are based on the idea of Tarot cards and their roles interplaying with each other.  I do wish we had gotten more of an explanation with the whole apocalypse bit, I have a strong feeling my questions will be answered in subsequent books as Evie discovers them.

“Remember my titles? I don’t get poisoned, I do the poisoning. I’m the Princess of it”

The Final Verdict:
A thoroughly unique book with a captivating plot and a breathtaking character transformation.  However, the love triangle isn’t quite my speed and the middle lagged.  Despite this, I’m eagerly looking forward to reading the next installment!
3.5 stars
Meet the Author: 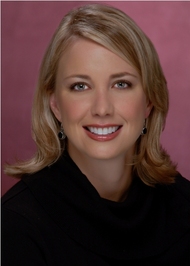 Kresley Cole is the #1 New York Times bestselling author of the electrifying Immortals After Dark paranormal series, the young adult Arcana Chronicles series, the erotic Gamemakers series, and five award-winning historical romances.A master’s grad and former athlete, she has traveled over much of the world and draws from those experiences to create her memorable characters and settings. Her IAD books have been translated into 23 foreign languages, garnered three RITA awards, a RWA Hall of Fame induction, and consistently appear on the bestseller lists, in the U.S. and abroad.Cole lives in Florida with her family. Learn more about Kresley at: www.kresleycole.com & www.thearcanachronicles.com
Connect:
Goodreads
Website
Twitter