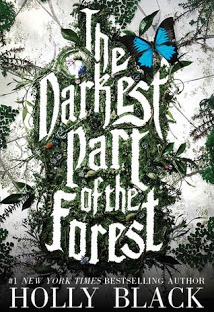 Blurb:
“Children can have a cruel, absolute sense of justice. Children can kill a monster and feel quite proud of themselves. A girl can look at her brother and believe they’re destined to be a knight and a bard who battle evil. She can believe she’s found the thing she’s been made for.Hazel lives with her brother, Ben, in the strange town of Fairfold where humans and fae exist side by side. The faeries’ seemingly harmless magic attracts tourists, but Hazel knows how dangerous they can be, and she knows how to stop them. Or she did, once.At the center of it all, there is a glass coffin in the woods. It rests right on the ground and in it sleeps a boy with horns on his head and ears as pointed as knives. Hazel and Ben were both in love with him as children. The boy has slept there for generations, never waking.Until one day, he does…As the world turns upside down, Hazel tries to remember her years pretending to be a knight. But swept up in new love, shifting loyalties, and the fresh sting of betrayal, will it be enough?”

Review:
I just don’t know about this one, y’all.  Was anyone else confused about where exactly this is taking place (time, place, etc)?  Because for some reason I spent the first quarter of the book ridiculously confused.  Still, after I worked it all out, this was lovely.

“The only way to end grief was to go through it.”

1.  The characters.  This is going to be a common theme in this review but the characters felt a little vague.  They started out great.  When I read about Hazel’s dream of being a knight and Ben’s struggles with his affinity for music, I thought we were well on our way to having some great, interesting characters.  While they are interesting and I liked reading about them, they weren’t my favorites.  They were just a little… fuzzy for lack of a better word.  I don’t know, you know how some characters just have that spark?  Like there’s an X factor or something?  I just couldn’t connect enough with the MC’s to get that.  Still, I liked how their ‘strangeness’ (in relation to the outside world) was emphasized and embraced.  It felt weird because it was supposed to be, you know?  The one character that I think was really wonderfully developed was Jack.  He’s just such a conundrum, having been a changeling that’s stuck in between two worlds.  He just jived with me as a character and I could have read about him all day long.

“We love until we do not. For us, love doesn’t fade gradually. It snaps like a branch bent too far.”

2.  The plot.  I thought this was really well plotted out for the most part.  There were a few awkward handoffs between plotlines but there was an overall great hero’s journey thing going on that worked really well.  I was able to read this in one sitting without feeling the need to set it down so that should tell you something!  Where the characters got a bit vague and hard to follow, the plot stepped up and took the reins.

“I need to stop fantasizing about running away to some other life and start figuring out the one I have.”

3.  The world.  Like I said in the intro, for some reason I was really confused as to where it actually took place (I thought it took place in Faerie which is clearly wrong but I was very convinced) but honestly I think that’s just because I have this idea in my head when I pick up a book about faeries (not fairies) mainly based on Julie Kagawa’s series (what can I say, it must have made an imprint in my brain or something).  Back to the point, though.  While the human side was very well drawn, I could have used a bit more on the faerie side.  The woods were just kind of this black hole where people and faeries disappeared into with no direction.  I know I’m a bit obsessed with maps but I could have used a better mental map of the woods.

“Children can have a cruel, absolute sense of justice. Children can kill monsters and feel quite proud of themselves.

4.  The romance.  There’s a bit of LGBT+ rep in here with Ben being gay and I loved every second (an I also just express how glad I am that the author didn’t include it in the blurb, thereby making it a more normal thing as opposed to something that’s supposed to attract readers based on the novelty).  There was a small love triangle but I honestly didn’t mind it too much mostly because it involved Ben, a bisexual (I’m assuming) horned prince, and a straight (presumably) Hazel.  It sounds weird when you say it outright but it really worked with the atmosphere and the character’s dispositions.  It was also just something different.  I’ve never read about a love triangle with that kind of dynamic and it felt much fresher than the typical heterosexual love triangle.  That aside, I thought the romances were all really sweet and there was no instalove in sight.

“Once, there was a girl who vowed she would save everyone in the world, but forgot herself.”

The Final Verdict:
Mystical, dark, and twisting, The Darkest Part of the Forest is an interesting study of the minds of children and the interactions between human and fae peoples.

Talk to me!  Have you read this?  What did you think of it?  How do you feel about love triangles with different sexualities involved?  Does that make a difference?

0 thoughts on “Review Sunday: The Darkest Part of the Forest by Holly Black”