Skip to content
September 26, 2014 Laura
So here’s another book from the review pile (I’ve been going alphabetically down the A-Z Master List of all the books I haven’t posted here yet)!  Things have been pretty busy so I can only read a chapter of each book a night.  This review is also from 2013. 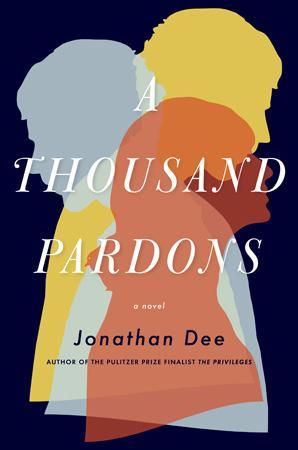 Amazon  Goodreads  Book Depository  Barnes and Noble
Goodreads Blurb:
“For readers of Jonathan Franzen and Richard Russo, Jonathan Dee’s novels are masterful works of literary fiction. In this sharply observed tale of self-invention and public scandal, Dee raises a trenchant question: what do we really want when we ask for forgiveness?

Once a privileged and loving couple, the Armsteads have now reached a breaking point. Ben, a partner in a prestigious law firm, has become unpredictable at work and withdrawn at home—a change that weighs heavily on his wife, Helen, and their preteen daughter, Sara. Then, in one afternoon, Ben’s recklessness takes an alarming turn, and everything the Armsteads have built together unravels, swiftly and spectacularly.Thrust back into the working world, Helen finds a job in public relations and relocates with Sara from their home in upstate New York to an apartment in Manhattan. There, Helen discovers she has a rare gift, indispensable in the world of image control: She can convince arrogant men to admit their mistakes, spinning crises into second chances. Yet redemption is more easily granted in her professional life than in her personal one.As she is confronted with the biggest case of her career, the fallout from her marriage, and Sara’s increasingly distant behavior, Helen must face the limits of accountability and her own capacity for forgiveness.”

Review:
A Thousand Pardons is about a family of three. A mom, dad, and daughter. The dad isn’t satisfied with his life and commits a crime, goes to jail, the whole bit. The mother and daughter move, but their lives grow further and further apart. This book is their story and how they got through a trying time in their lives.Overall, this was a really good book but it wasn’t amazing. There was only one thing I had a problem with: the ending. I really hate cliffhangers or those endings where the author really doesn’t give you anything to go on in terms of imagining the rest of the characters lives. I don’t want to have any spoilers in this review so I’ll just say this: the ending resolved a few questions but it doesn’t resolve the bigger ones.That said, the book was really good. I read this because I saw it in the nominations for the Goodreads book of the year (or whatever category it was in). It’s a good life book with some drama but it doesn’t really have too much action or resolution in it. It was a nice calming book, however, and somehow that kept me reading. I read this in two days. It’s fairly short.Four stars for this book – excellently written but lacking in the whole resolution thing.