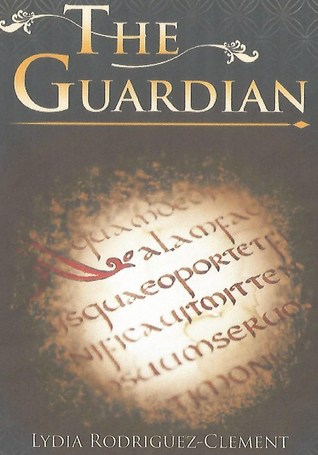 Amazon  Goodreads  Book Depository  Barnes and Noble
Goodreads Blurb:
“THE GUARDIAN is a story about how Sarah’s spiritual beliefs are reaffirmed when the existence of Angels and Demons are horrifically revealed. Never had she dreamt that her mundane life would be caught in not only a struggle to stay alive in this clash of worlds, but also in a sadistic plan by the Dark Angels to lure Jacob, her own Guardian, to fall.”
Review:
Thank you to the author Lydia Rodriguez-Clement for gifting me with a copy of this book in exchange for an honest review!
Hmmmm… where to start…  I suppose I’ll start off by saying that there were pretty much equally good things and things to work on in this book for me.  Let’s start off with the good shall we?
Sarah’s character development.  I was actually laughing at her character in the beginning and how sheltered she was and just how… young she was.  But by the end, I was impressed with the way her character improved and grew.
I also really liked how Sarah and Jacob didn’t push their physical relationship.  It wasn’t the most important thing to them.  You don’t see that a whole lot anymore in… well in a lot of genres now I guess.  That was really a breath of fresh air!
Additionally, the way the whole guardian angel’s thing was set up was very original.  I especially loved the Captain’s bit and their part in the hierarchy.  I do wish there would have been more on the supernatural side of things but I suppose you can only fit so much into a stand-alone book.  However, if the author so chose to, I think this would make a wonderful series.
I had two main problems with The Guardian that pretty much balance out all that good stuff up yonder.
1.  Word choice – specifically the words ‘stated’ and ‘casually’.  ‘Stated’ really doesn’t convey much emotion and ‘casually’ was used in some iffy circumstances.  Those were also some of the most used words used to describe the way dialogue is said in The Guardian.
2.  Jacob and Sarah’s romance seemed like a whirlwind romance that was also accepted without much of a fight on the angelic side of things.  I won’t say anymore to avoid spoilers but I think there could have been a bit more tension in that area of the book.
The Final Verdict
Overall, a very decent book.  Sarah’s character development as well as her relationship with Jacob really impressed me although their romance was a bit quick and met with little resistance on the paranormal side of things.  Also, the word choice could use some work.  The idea behind the book is excellent in addition to the structure of the guardian and Captain system.
3.5 stars
The Ultimate Quote in the book:
“‘When I’m flying up into the sky and Heaven separates the clouds to embrace me; that is how good your arms feel around me.  When the sun’s warmth caresses my face; that is how your smile makes me feel.  When I’m soaring down the side of a mountain, and the wind whips through my sings; that exhilaration is how you make my spirit feel every time I see you.  That is how I know I love you.  So don’t tell me I don’t know what love is.'”
About the Author 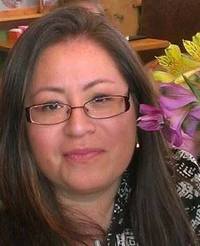 Lydia Rodriguez-Clement, a native Texan, grew up in the beautiful city of San Antonio where this story takes place, and where she attended a local college and university. It was in high school, however, where she was told she had a flare for writing, and decided many years later to persue this noble art. She has been married for 19 years, and has five children and two dogs. Her family life keeps her very busy, but after surviving Leukemia, with the help of God, family and friends, she followed her life long dream to continue writing.
Connect:
Goodreads:  https://www.goodreads.com/author/show/4146637.Lydia_Rodriguez_Clement
Facebook:  http://www.facebook.com/LydiaGuardian
Twitter:  lydiaclement6
Giveaway
Your information will not be used other than to contact and to get the prize to you.

0 thoughts on “Giveaway and Book Review: The Guardian by Lydia Rodriguez-Clement”