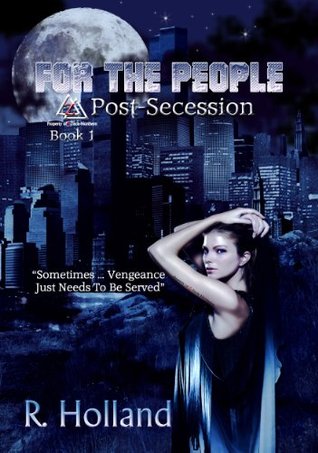 Amazon  Goodreads  Book Depository  Barnes and Noble
Goodreads Blurb:
“”They say the grass is greener on the other side. At least that’s what people think. But we know better. We know that any grass is better than no grass at all. That it represents something that lived there and stayed long enough to die there. But we know better. Therefore we keep to our own kind…to our own side. It was them who crossed the fence. They say the grass is greener on the other side…But we know better…it was them who crossed the fence…” “There once was a government so divided. It was divided amongst classes, I believe. Because the government was so divided, the people became divided as well. No one agreed on what to do. There was gun-control, health care reform, and something called education reform. Or so I’ve been told.” The world is divided between the high class and the low class. There is no in between. As the high class looks for the ultimate healthcare, they use the low class as their test subjects. They kidnap young Kiranda and her mother and kill her father. Big mistake! After Kiranda escapes the facility and returns to her world, she readies herself to go back for revenge. But first she has to find out her enemy’s weaknesses. They were told they don’t have any. While in the enemy territory, Kiranda finds an old friend she long thought was dead. Soon she will be forced to choose between the friend in their world and a friend in hers, all while trying to plan a way to bring the high class to their knees.”

Review:
Thank you to the author for gifting me with a free copy of For the People: Post-Secession in exchange for an honest review!
One thought pops into my mind when I think about this book: more.  That’s what would have made this into a 5 star book for me.  More on the world, more on the facility, more about Kira and Thatcher as children, etc.  I think the biggest thing that would have helped would be to lengthen the introduction sequences.   Everything was beautifully done, it just felt like it was over with a snap of my fingers.  The page count is 173 pages.
So.  Other than the ‘more’ part, as I said above it was beautifully done (I’m sorry for my terrible grammar – I just can’t type today).  The world (from what I got a glimpse of) was amazing.  In a way, it’s your typical dystopian book… and then you read 5 more pages and it’s just like ‘whoa’!  The way the author added in the two peoples is fantastic.  The ‘judgement’ message is beautiful as well.
I also loved Max and Kira’s relationship.  It did get a bit hairy for a bit but they figured some things out.  Charlie really got on my nerves though.  I understand why he’s obsessed with history (I would be too – the past influences the future after all) but the whole threatening part?  He had his reasons I suppose.
The Final Verdict:
Overall, a very addicting read.  I loved the world, the message, and the characters.  I just wish it was a bit longer and expanded on the first two sequences.
4 stars
The Ultimate Quote:
“I stand there realizing that death is all a part of living.  Everything that lives will soon die.  The only sense I can make out of this is to love as long as you can and be happy for the moment, because tomorrow’s not promised to us.  I smile, thinking of Lucille and remember what she told me.”