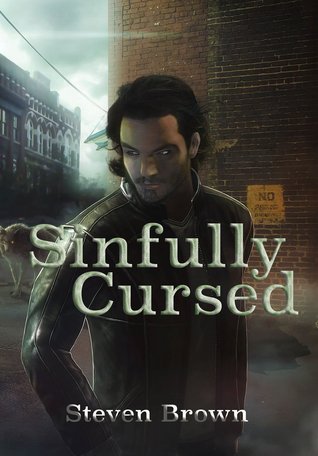 He works a desk job at a local college, with a manager that he can’t stand; he lives in an apartment worth far less than he pays; he still has feelings for the girl who got away. Every Tuesday, he goes to his local mosque to pray; every Friday, he goes bowling with his friends.It’s a comfortable routine, and it’s almost enough to let Josef forget the dark, savage secret that he keeps from most of the world.Josef’s halfway-normal life is torn apart by the nightmares of a past he has been trying to escape for years, and the implications of a future he’s never wanted. Pulled between three factions, Josef will eventually have to make a life-shattering decision; a choice that will force him to face the truth of who, and what, he is.Before his secrets get him, and everyone he loves, killed.”

Review:
Thank you to Whitney from The Zharmae Publishing Press (they published this book) for gifting me with a copy of this book in exchange for an honest review!
Also, I’m trying out a new ratings system which is why I’ve rated it lower than I would have a month ago.
Hmmmm…  This is one of the most frustrating books I’ve ever read.  Not exactly a bad frustrating, but just frustrating.  Every time Josef was getting somewhere, some being would step in and say ‘you are the problem what are you doing to fix it’ and I’d just be screaming on the inside saying ‘HE WAS ACTUALLY GETTING SOMEWHERE UNTIL YOU SHOWED UP!!’  Whew.  Glad I got that out of my system.  That was basically the entire last half of the book.
The first half was good.  It was a nice start to a fantasy novel although it seemed like the author was still getting his footing and wasn’t entirely comfortable in Josef’s shoes yet.  There were some errors with formatting but I was sent an ARC copy so there are bound to be a bunch.
While we’re on the topic, I want to apologize for not having this review out before the book came out.  I was not very organized in September and everything fell by the wayside.  Won’t happen again any time soon!
Moooooving on.  Once I got into it, it was a very intriguing book that did grab my attention.  I read the last half of the book in one night.  The final battle/solution/whatever you want to call it was very nice.  It was a complicated explanation and had so many facets.  I think that was my favorite part of the book.  The ending.  It was just so connected to everything.  There were bread crumbs everywhere and here I thought they were something else entirely!
Josef also has one heck of a temper.  Does it mean I’m a terrible person if I was goading him on?  A lot of those people totally deserved a verbal beat down and you never see any in books because the characters are all so nice and have such balanced personalities.  Not that that’s a bad thing.  It’s just a nice change to see a character get so angry he smashes things.  Wouldn’t that be a stress reliever…
The Final Verdict:
A good book although there were multiple points where I was so frustrated with the interrupting characters.  The author didn’t seem entirely comfortable in the first half although he got his footing in the second half.  The ending is by far the best part so if you’re reading this and are thinking it isn’t worth it, it is if you have time and if you do read it, don’t give up halfway through because the fun is just beginning!
3 stars