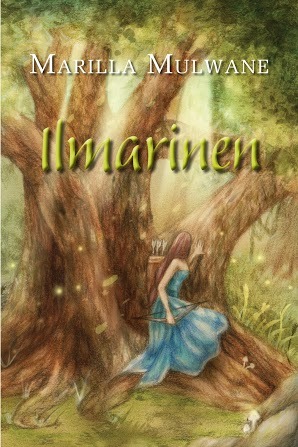 She’s smart, talented, and quick to learn. She also has a secret, and whenever she tries to tell anyone about it—her friends, her family, the school psychiatrist—they accuse her of letting her imagination run away with her. They don’t believe her. They don’t understand.They don’t know about Ilmarinen.They don’t know about the prophecy, or the role Altana will play in it. But the people of Ilmarinen know, and they will help her: a young hunter with a dangerous secret; a talking horse who loves to play; a little girl with a big axe; a beautiful woman in a red dress. Eventually, they will all play a part in Altana’s story, and the fate of a world will rest in their hands.That is, if they can figure out how to kill a god.”

Review:
Thank you to Whitney at The Zharmae Publishing Press for gifting me with a copy of this book in exchange for an honest review in this blog tour!
I simply devoured this book.  This basically told the story of my childhood except it was all real in the book… or was it?  Altana could have powers… or she could have an overactive imagination.  Who’s to know?
I loved the dynamic between Altana, Garrick, Neri, and Bisha.  They had a wonderful banter (sometimes not so wonderful and more serious) that kept me captivated.  Altana in general grows up so much within this book and I felt like I was growing up right with her.  The book takes place over something like 10 years which is an incredible feat to write and keep the audience interested.
When ragnarock was first mentioned, I couldn’t help but think of that Atlantis movie that came out a while ago.  I don’t remember exactly what it was called but it had Mila and Kita and that dog type of creature of whom I’ve forgotten the name… anyway, in the second (or was it third?) movie in that series, they dealt with ragnarock as well (which basically is the destruction of the world if you were wondering).  Pretty serious stuff.  I don’t want to give the whole plot away but it does include ragnarock and adventures and awesomesauce stuff.
So I was glad to have some sort of background with some of the world.  As I was reading, I kept getting this nagging feeling that I’ve read this sort of story before but for the life of me, I couldn’t think of where!  Regardless, it’s a beautiful story.  I only hope it is a series because that ending man!  Please please let it be a series!
The Final Verdict:
A wonderful story about a girl growing up and taking on responsibilities in a magical world.  I loved reading about everything and meeting all the fantastical cast of characters.

Quotes:
“Garrick growled and demanded attention.
‘If you do not teach this cat a new song I will remove her tail,’ Garrick threatened to Altana who stifled a laugh. Altana heard it; in fact, people were probably hearing for miles. Neri had been screaming out Jingle Bells over and over since they left Sadia Forest.
‘Alright, Neri, how about I teach you The Song That Never Ends?’
‘Yes!’ Neri happily accepted.
‘No!’ Garrick exclaimed at the exact same time.”
“‘And she knows who you are, Bisha, so the cat’s already out of the bag. We have nothing to hide from her,’ Altana added.
‘That makes it less safe.’ Bisha snorted again right at Eva’s face.
‘I was not in a bag,’ Neri said.”
Meet the Author 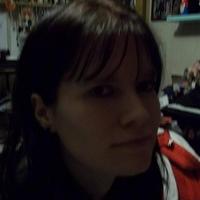 Marilla Mulwane is a small town girl that loves to write, read, craft, and play video games. All the best things to do in a small town! She just wants people to read her work. If it leads to fame, fortune, and world domination, she’ll take it.
Connect:
Goodreads
Website
Facebook