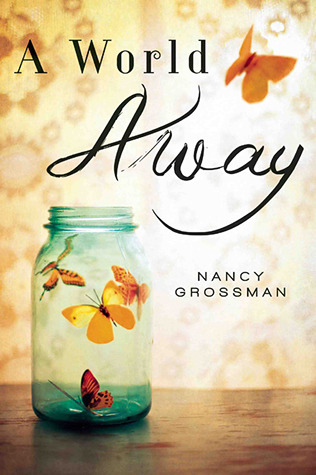 Sixteen-year-old Eliza Miller has never made a phone call, never tried on a pair of jeans, never sat in a darkened theater waiting for a movie to start. She’s never even talked to someone her age who isn’t Amish, like her.

A summer of good-byes

When she leaves her close-knit family to spend the summer as a nanny in suburban Chicago, a part of her can’t wait to leave behind everything she knows. She can’t imagine the secrets she will uncover, the friends she will make, the surprises and temptations of a way of life so different from her own.

A summer of impossible choice

Every minute Eliza spends with her new friend Josh feels as good as listening to music for the first time, and she wonders whether there might be a place for her in his world. But as summer wanes, she misses the people she has left behind, and the plain life she once took for granted. Eliza will have to decide for herself where she belongs. Whichever choice she makes, she knows she will lose someone she loves.”

Review:
I’ve never read a book about the Amish lifestyle before or really anything related to the Amish so this was such an interesting book for me.  It does a great job of contrasting the two lifestyles and how each shape us as a person.  So I really enjoyed that part of this book.

The blurb also really does this book justice in previewing all the choices that have to be made and what the book is all about.  Eliza doesn’t know much about the modern world except the limited knowledge she gained from the parties the Amish teenagers throw.  It was fascinating seeing how little she actually knew about the world and watching her find out for herself.  It also brought to light how different the cultures are.  Like how everyone is so honest and welcoming in the Amish but not so much in the modern world.  Eliza also mentioned how the time management is so different.  When she was with her Amish family, no time was ever wasted and she was always doing something but in the modern world, she has more time than she knows what to do with.  I don’t think I ever really realized how much time we do have but refuse to acknowledge.

As for the plot, I couldn’t put this book down and even though some of Eliza’s actions made me facepalm, they’re actually true because she doesn’t know how the modern world works and her ignorance played a large part of the plot.

As for the choice at the end, I was totally satisfied and it wasn’t the obvious choice either.  Well, at least not in the way you’re expecting.

The Final Verdict:
Such a great book about a regular Amish teenager finding her way through the modern world.  I really enjoyed reading from Eliza’s perspective and it felt very authentic (coming from a person who knows nothing about the Amish).
5 stars


Quotes:
“When we choose to be different, we have to expect a little attention.”

0 thoughts on “Review Sunday: A World Away by Nancy Grossman”