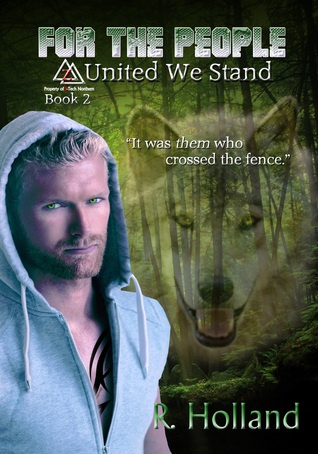 
Goodreads Blurb:
“Defending her people and fighting back the Zeniths, has been a constant struggle for Kira and the Nadirs. Not to mention, keeping the two people she loves the most from killing each other. But now there is a new threat. The Zeniths have attacked their colony and are pushing back the fences! When Kira decides enough is enough, she realizes only when their numbers grow, will they be strong enough to fight for their land. Unfortunately, she discovers not all Nadirs are warm and welcoming in the “Deep South.” When keeping her people safe proves deadly, but uniting the Nadirs in the South becomes deadlier, Kira is forced to make some tough decisions.
All the while, deep and dark memories of the facility start to resurface. What did the doctor mean they have big plans for her? And what did he mean by, when she comes of age?”
Review:
Thank you to the author, R. Holland, for gifting me with a copy of For the People: United We Stand in exchange for an honest review!
Let me start off by saying that I really should have read the first book again as a refresher before I jumped into this one.  However it didn’t really take me all that long to get back into the swing of it and the personalities and significance of all the different characters.
I really did like the extra character development for Kira, the MC.  In the first book, we find out a little about her past and her ideals but her real character becomes clear in this book.  One of the main concepts (as you can probably tell from the title) is doing everything for your people.  It became so clear in this book that Kira will go however far she needs to in order to bring justice for her people.  That’s the key term here: ‘for the people’.  It drove her to the brink of morality and it definitely brings the question to the table of just how far you should go.  I really started to not like Kira for that very reason – because she went so far ‘for her people’.  I think that’s sort of the point though.  I mean, once it got to that point, I felt like an outsider looking in at what she had become.  What they all had become.
We also learn so much more about the world (it’s a post-dystopian version of our own) and how it got to where it is.  I really liked that because in the first book, you barely get anything and it left it all a mystery.
Two things I didn’t really like.  One, the love triangle.  It just didn’t sit right for me for some reason.  It seemed very… distracting I guess.  Two, the halting pace.  At one point in the book, it flashes forward a vast amount of time (5 yearsish).  When I read it, it didn’t feel like it happened at all.
The Final Verdict:
I did really like the concept of how far science and falsely-held beliefs can go and what they do to a person though the love triangle and the pace didn’t agree with me.  I can’t wait to learn more about the world and what happens as Kira moves forward in her journey of self-discovery!
3.5 stars
Quotes:
“His eyes are already fueled with a burning fire of hatred towards their kind.  I will never try to change his mind.”

0 thoughts on “R&R Review Friday: For the People: United We Stand by R. Holland”