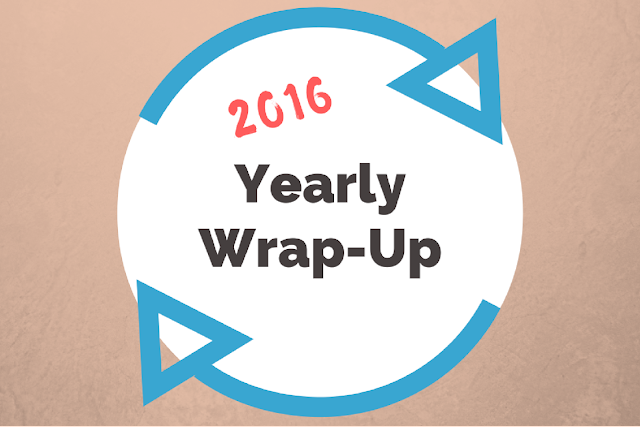 The time has arrived yet again for a yearly wrap-up!  2016 certainly flew by and while I wasn’t so successful with everything I wanted to do, I’m feeling good about going into 2017 with better goals and such.  I’ll be posting my 2017 resolutions in the next few weeks but for now, let’s reflect on 2016 (AKA the year that began wonderfully and ended disastrously).
This year, I employed the use of a spreadsheet to keep track of the books I read and things about them so I can actually have some stats this year!  I’ve made some infographics and charts and things so enjoy! 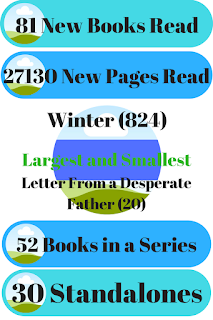 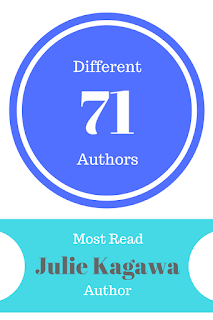 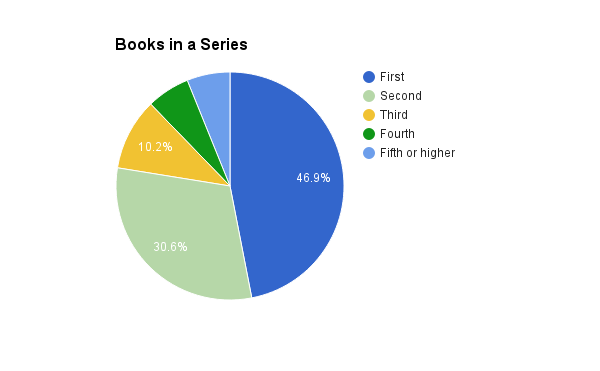 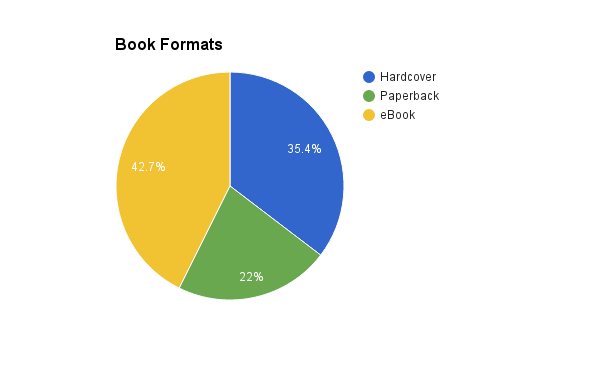 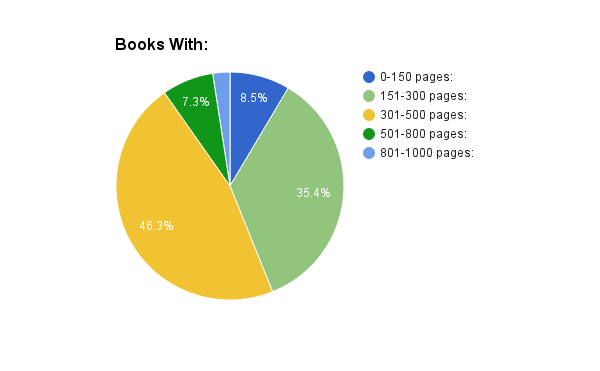 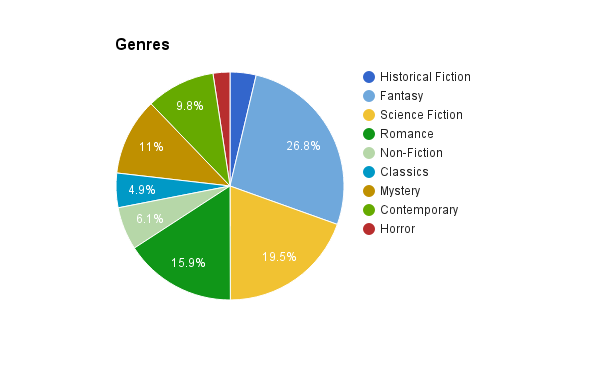 My average rating for 2016 was 4.11 stars.  That just seems really high to me.  Maybe I just read really good books in 2016 or I’m getting really generous with the stars.  Either way, I’m going to try and make my star ratings a little more varied for 2017.
Some Reflections:
So clearly, I read a LOT of fantasy this year.  Fantasy is my favorite genre so that doesn’t really surprise me.  I think I did an okay job diversifying though in terms of genres although I could use a bit more horror and historical fiction.  In terms of actual diversity, I need to work on that as well.  I’m not really actively seeking out diverse books right now which I think I need to start doing in 2017.
I also didn’t read that many crazy long books this year either.  I read a lot in the 150-500 page range and I really want to expand the borders of that more.
No surprise, most of the books I read were in ebook format.  I started college this year and my university has a 5 story library with a crazy hybrid Dewey decimal system that I still have to figure out so finding hard copies of books is a nightmare.  It’s just easier to read ebooks.
I did start plenty of series’ this year but I also had quite a few standalones.  For 2017, I really want to finish up all these series’ that I started.  There are plenty that I just haven’t read the last one or two books and it’s driving me crazy.  It’s one of those things though where I don’t want the series to end so I just don’t read the last book.  Like the Blood of Olympus series or the Peculiar Children series.
I’m proud of myself that I read from so many different authors though (although that did contribute to all the series’ being started).  71 is a good number!
The Books
I’m going to list all of the books I read this year by rating, starting with the 5 stars.  I’m not going to deal with the half stars at this point because some of the books I haven’t gotten around to fully reviewing and that’s when I decide half stars.  So without further ado, here are the books!
5 stars

Letter From a Desperate Father by Maron Anrow
Until Then by Krista Noorman (#2)
Galthain’s Bones by Krystine Kercher (#1)
The Eye of the World by Robert Jordan (#1)
Children of Paradise: The Struggle for the Soul of Iran by Laura Secor

The Girl on the Train by Paula Hawkins
Kill Devil Hills (#1) by Sarah Darlington
The Winner’s Kiss (#3) by Marie Rutoski
All the Light We Cannot See by Anthony Doerr
A Court of Mist and Fury (#2) by Sarah J. Maas 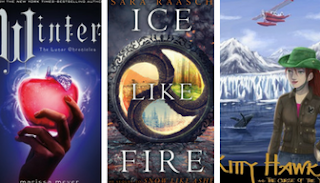 A Mad, Wicked Folly by Sharon Biggs Waller
The Martian (#1) by Andy Weir
The Mist by Stephen King
This Is What Happy Looks Like (#1) by Jennifer E. Smith
Falls the Shadow (#1) Stefanie Gaither

Meritorium (#2) by Joel Ohman
Sweet Temptation (#4) by Wendy Higgins
I, Robot by Isaac Asimov
Everyone Dies At The End by Riley Westbrook
Where She Went (#2) by Gayle Forman

Lucky by Alice Sebold
The Union (#1) by T.H. Hernandez
The Midnight Star (#3) by Marie Lu
Animal Farm by George Orwell
The Color Purple by Alice Walker

The Summer I Turned Pretty (#1) by Jenny Han
Romance is for Other People by Lee Wolf
Alicia Bewitched (#3) by Nick Iuppa and John P. Mendoza
Dark Fae by Lillian Cartier

Dangerous Games (#31) by Margaret MacMillan
Through the Riptide (#2) by Bert Murray
The Book of Prophecy by Steven J. Guscott
The Body Electric by Beth Revis
Kragan by Dennis K. Hausker

Me & Earl & The Dying Girl by Jesse Andrews

There you have it!  Quite a few books!  I’ll be doing a post with my thoughts on some of the stand out books in a couple days.  I’ll also be doing a 2017 goals/resolutions post soon!