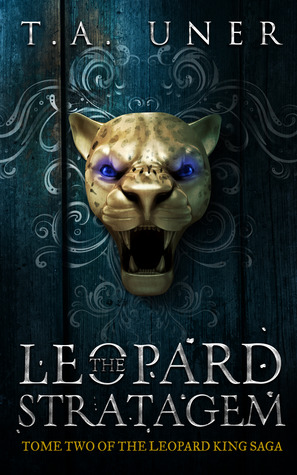 Camus Scorpio, the vicious criminal overlord, who for years tormented the good merchants of Rome, is dead. His ruthless army of thugs and bloodthirsty killers wiped out by the avenging force of Tullus the Leopard King, the Leopardess Celestra, and their Troupe. But the victory is a costly one. Anna, Tullus’ lover, is dead, and her departure serves as an open wound to all her friends in the Troupe. Needing time to collect himself and continue developing his magical abilities, Tullus decides to seek out the wisdom of a reclusive wizard named Hradack, also known as the Leopard Master and a product of the Age of Paladins. In Rome Eliana becomes involved in political intrigue and finds herself caught up in a conspiracy involving a persecuted race called the Dryads. Decimus, now a prominent Centurion in the Praetorian Guard, is assigned to a new Roman Legion in Switzerland, where he faces the biggest challenge of his military career. As Tullus’ power in Elemence grows, he foresees a hideous plot by an unknown enemy called Serpentus, who has kidnapped his Troupe friends and is holding them hostage on the island of Capri. Unbeknownst to Tullus, Serpentus seeks revenge against the Leopard King and Celestra, and has armed himself with arcane powers. Under the tutelage of a fanatical cleric, Serpentus harbors plans of destroying the Leopard King and Celestra before embarking on a destructive path of conquest.”

Review:
Thank you to the author, T.A. Uner, for gifting me with a copy of The Leopard Stratagem in exchange for an honest review!
Where to start?  Let’s start with the structure.  I really liked how the author structured the paragraphs.  Multiple POV’s are necessary for the reader to keep up with everything going on.  Realizing that, the author had a section in each chapter for each POV so you can see everything that’s happening as well as seeing how all of the plot lines are slowly coming together.  I found that to actually be the most fascinating part of this book: the way the threads are slowly being pulled together.
The different POV’s are so integral to the story and I could always tell the difference between them.  Each character has a distinct voice that comes through the writing.
I also really like how the author integrated Elemence into the Roman setting.  I do wish that some of the information pertaining to the Air Paladins was more clear.  For some reason, I had problems visualizing these people and their powers.  Did they actually fly through the air?  Did they just fight with Elemence or did they use enhanced combat techniques?  How evenly matched are they with their enemies?  Perhaps those questions will be answered in the next book.
Celestra continues to be my favorite character.  I just love cats in general and she’s so loyal to Tullus but also to herself.  And a strong warrior to boot!
The Final Verdict:
A very nice sequel that starts to pull the storylines together perfectly.  I really loved how Elemence continued to be incorporated into the Roman setting.  I also really liked all of the different POV’s.
4 stars
Quotes:
“‘All this killing…for money,’ he scoffed before Aurumax rose towards the sky and guided Tullus and Celestra away from the smoking battle grounds.”
“‘Weapons don’t kill people.  People kill people.’  Hradack sighed.  ‘You are only a King in name, Tullus.  You still have much to learn along your Soultrail,'”
“Life isn’t always about answers… sometimes the questions themselves can enlighten us.”
“Learning from history helps us avoid repeating its mistakes.”
“Never say never. You never know when never may come.”