I am catching up!! (can you hear the conviction?)  I haven’t done a wrap-up since April and I made a resolution at the beginning of the year that I would try to get a wrap-up posted for every month.  Obviously that isn’t really happening because of my summer of terror but I’m going to finish out the year strong! 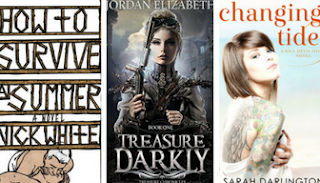 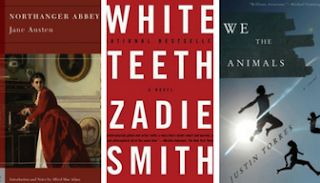 So as you could probably tell, it’s been a pretty mixed month!  I’m finally getting at least a little bit back on track in terms of R&R’s.  I read two R&R’s this month and the other four (all the one’s without reviews) I read for an English course I’m in this semester (we do a lot of reading).  How to Survive a Summer was quite interesting.  It’s all about this boy who realizes he’s gay and his parents send him to a gay conversion camp.  There’s a well balanced amount of plot lines and it all felt very introspective.  Bonus, my professor knows the author so he came in to speak with our class!!  He has the best Southern accent if you’re wondering.  Treasure, Darkly was another interesting and different book than anything I’ve read before.  It’s a steampunk based in the ‘Old’ West (in the US).  I haven’t read that much steampunk but I don’t think it’s my thing.  Added to that a kind of muddy plot structure, and it just wasn’t my cup of tea.  I did like the characters and the idea, though!  This was my first R&R read this month.  Changing Tides was my second R&R read this month and I loved it!  I’ve read and reviewed for Sarah Darlington before and I’ve been loving her books.  This is part of a series of romances that she wrote with each book focusing on a different character in the main group.  Northanger Abbey was my classics read for the month.  I haven’t read any Jane Austen before (I know it’s a problem!) so this was my first dive.  I actually did really like it mostly because Austen has my kind of satirical humor.  She made all these interjections into the story to rant about some part of society and I loved it.  White Teeth is a remarkably good book if you have the time to really dive into all the metaphorical references (teeth for one if you couldn’t guess).  You really have to get into it, though, and love literary fiction.  If I wasn’t reading it for a class, I don’t know if I would have appreciated it as much as I do.  We the Animals is my particular favorite of the month.  It reminds me of A Monster Calls by Patrick Ness, only much shorter and with slightly different themes.  It’s so metaphorically written which is how I write so I loved seeing and reading it.  It totally deserves all the praise it was given. 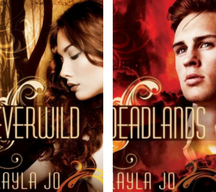 So I was in a reading slump for the first part of this month and I decided to read some old favorites and update my reviews.  I’ll be doing a full post on my changing feelings on this series but suffice to say, I don’t love it as much as I once did.  I read these back when I was first getting into YA and I rated them relatively well (4 and 3.5 stars respectively) but after my reread, I can’t, in good conscious, give them that many stars.  More to come! 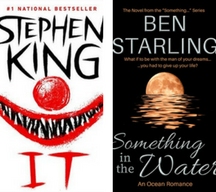 It – Stephen King
Something in the Water – Ben Starling

I started reading It a while ago and it’s taking me a long time to get through it.  It’s not that it’s a bad book by any means, it’s just that it’s really long (just over 1,000 pages) and I don’t have too much continuous reading time anymore.  I will finish it soon though!  I just passed the halfway point!  I just started Something in the Water this weekend and I should be able to finish it by the end of the weekend and write a review.  It’s been a very easy book to read so far and I’m looking forward to the plot development because I don’t really know what to think of it right now (it’s sort of science fiction/fantasy/contemporary/mystery/a lot of other genres).  Stay tuned for these reviews!

Life Updates:
So I think you could tell but I kind of disappeared over the summer.  It’s been a whirlwind and I’m just now getting into the swing of things.  I’m taking a full credit load this semester and one of my classes is a weed-out class which basically means it’s one of the hardest base courses in my program meant to weed-out all the people who won’t make it because they aren’t good enough.  I’m on track to pass the course but I want to do better than pass because I’m a perfectionist who always wants A’s 🙂

Besides doing classwork and such, I’ve had a rather uneventful month!  I did watch some movies, though, and I’ve been loving some new music.  First, the movies.

This month I watched Chasing Coral, An Inconvenient Sequel, Burlesque, Daddy’s Home, and Why Him.  Chasing Coral is all about the recent coral bleaching events that have been taking place across the globe due to climate change which causes the acidification of the oceans which is an environment in which the coral (or the polyps more precisely) can’t live in and so they die off.  These corals provide immense biodiversity, food supplies, and coastal protection from storms and once they’re gone, we’re going to have some serious problems.  I thought it was so well done and the imagery is beautiful.  It’s on Netflix as well so you should definitely watch it!  An Inconvenient Sequel is a sequel to the movie An Inconvenient Truth that was released 10 years ago.  It basically follows around former US Vice President Al Gore and his attempt to lobby various groups (including India during the Paris Climate Summit) to take more notice of climate change and act.  Again, it was a wonderful movie and I highly recommend it.  Burlesque is one of those movies that I’ve always been meaning to watch but I never got around to it.  It’s about this woman who gets a job dancing for a sort of club that does mature, sensual shows (for lack of a better term.  It’s basically classy stripping without the stripping).  It’s such a hilarious movie with a killer soundtrack!  Daddy’s Home was equally hilarious (Mark Walberg is so wonderful) and I loved it.  Why Him was also hilarious (this was a good month for movies).  James Franco and Zoey Deutch are so great and they’ve got great dynamics.

As for music, I’ve been loving so many new songs!

Symphony – Clean Bandit
Let Me Go – Hailee Steinfeld, Alesso ft. Florida Georgia Line, watt
A Sky Full of Stars Cover – The Piano Guys
Chasing Coral Soundtrack
Look What You Made Me Do – Taylor Swift
There are so many more but I’m planning on doing another Music Monday soon so I’ll put more there!  It’s been such a great month for music.
It’s also been a great Netflix month due to my reading slump.  I’ve been rewatching PLL again (I’m seriously so obsessed).  I’ve also really been getting into Criminal Minds (a crime show following the FBI’s Behavioral Analysis Unit around) and Sherlock (the Benedict Cumberbatch version is the best version there is).  I’ve also gotten up the courage to continue with Grey’s Anatomy so hopefully I’ll be able to finish up the Netflix seasons by the time the next season airs on TV (after the current one finishes – it’s airing now).
In terms of challenges and things, I haven’t really gotten anywhere on my A to Z challenge because of my reading slump but I’m hoping to go back to it to finish out the year on a high note.  Also, I’m currently like 29 books behind on my Goodreads challenge but I will make this work!!  And, finally, if you haven’t heard, to commemorate my third blogoversary I’m going to be publishing a series of guides that amass all of the knowledge I’ve gained since I’ve started blogging!  You can read more about it under The Guides tab at the top.  The two I’ve published so far are linked below!
The Pursuit of Reviewers
Review Writing
And that’s all for now!  What have you been watching/reading this month?  Have you seen any of these movies or TV shows or read any of these books?  What did you think of them?  And, most importantly, what is your opinion on Benedict Cumberbatch (the beautiful human that he is)?  I hope you all have a lovely November!